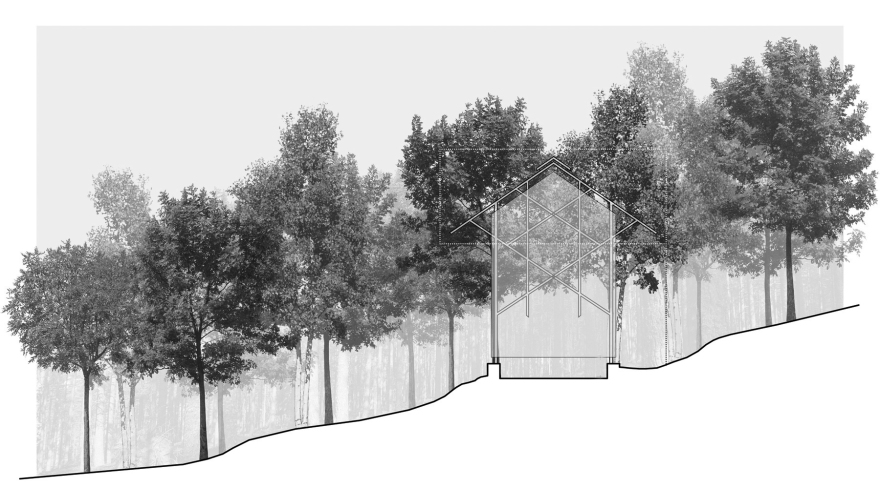 “[O]ne might argue that a building is intensified through the elaboration of its own medium – a language of sticks and stones – to induce a state of architecture. The “material” that underlies architecture is somehow rooted in construction and its details, and yet beguilingly, the devices that engage the building practice are most often in tension with the seemingly direct necessities of fabrication. Herein lies one of the most fertile and debated topics in architectural theory: the subject of tectonics.”[1]

Architecture is often described as the intersection of art and science. These two distinct realms, however, cannot be set in opposition; they must be cooperatively utilized in the creation of the built environment. Architecture is an integrative art, one that combines the design of productive space with the tangible realities of gravity, material properties, and assembly sequences. The study of architectural tectonics can help to illuminate the partnership between these elements in the creation of the built environment. Tectonics has many definitions, but they all tend to focus on the relationships between those architectural elements we tend to hold apart: space and construction, structure and ornamentation, atmosphere and function. It seeks a relationship between the design of space and the reality of the construction that is necessary for it to exist.

This paper outlines a framework for examining the core concepts ingrained in the history and evolution of architectural tectonics. Each of the following topics examines a particular characteristic of the theory drawn from different lines of historical and contemporary thought:

The tectonic theories of Karl Bötticher, Gottfried Semper, and others have evolved over time to be able to successfully integrate into contemporary society, but this “transformation, adaptation and above all the reduction of and simplification of an extremely ambitious theory of tectonics was in fact ineluctable.”[2] Despite its shifting, its transforming, and its adapting, architectural tectonics remains a central tenet of both the study of architecture and the practice of its design and construction. The lessons available to all students of architecture that have arisen from this linage of architectural thought have the potential to positively influence our built environment for the foreseeable future.